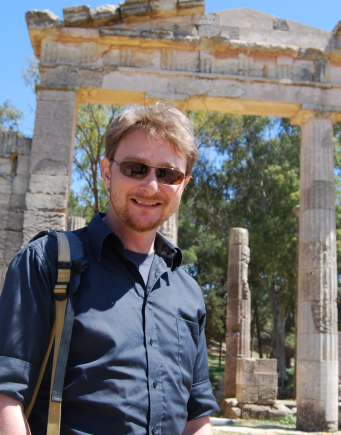 Gareth was born in Dunedin, New Zealand, and worked in a sheepskin tannery for five years before discovering that he was pretty good at the whole ‘ancient history’ thing. He has a BA from the University of Canterbury (NZ), two Master’s degrees (from Liverpool and Oxford, which on reflection seems excessive) and a DPhil, also from Oxford (on the Sea Peoples), which felt like a good idea at the time. Fortunately, he is also a CELTA teacher, and thus has at least one useful qualification. He learned how to dig at Orkney College, and although he hates gardening he is perfectly willing to spend hours in the sweltering heat or pouring rain, digging up old pots and bits of bone. This puzzles many people. He ran the Online Egyptological Bibliography for years, and still helps out when the need arises. Although he only publishes on rare occasions, when he feels he might have something interesting to say, he has proof-read and edited over a hundred books, articles, theses, and grant applications, and has written thousands of abstracts. It’s not as easy as it looks.

Gareth joins the Austrian-Israeli Expedition to Lachish as an Area Supervisor for Area P.